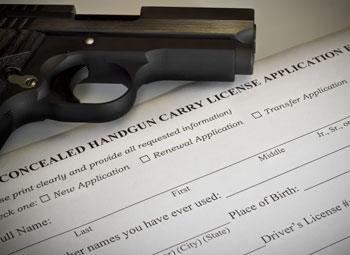 The House of Representatives reconvened Wednesday to take up several pieces of legislation leftover from Spring Session. One such piece was a fix for errors found inside the budget passed the final day of session several weeks ago. You can read my statement on Wednesday’s new vote here.

The second major item did not make it to the floor. Negotiations over a new energy bill have once again stalled in the Senate. The current proposal failed to gain enough support to move forward and the effort to gain enough votes has again fallen short. How negotiations proceed, and what ultimately comes out of them, will have impacts on all Illinois residents. Namely, there are ramifications for the Prairie State Energy coal mine which provides 2.5 million families with electricity every day. Furthermore, there are risks to Illinois losing two of our state’s nuclear energy facilities. The push by the Governor to eliminate coal and natural gas is misplaced. Coal plants like Prairie State are state-of-the-art clean facilities that provide economical, cheap energy for our residents and businesses. The push for expensive and inefficient “green” energies will only cause a rise in your energy rates. I hope that an amicable solution that benefits all of Illinois can come out of these negotiations.

As delays in the processing of FOID cards and CCLs continue to mount, the House passed legislation instituting major changes into the system in hopes to streamline the process. The new FOID application system will encourage, but not require, applicants to voluntarily submit fingerprints with their application. Many lawmakers, including myself, believe that both current and new application procedures are unnecessarily burdensome to prospective and current firearms owners, and opposed the FOID card bill on that basis. I continue to believe the FOID card system unconstitutional and will vote accordingly on future legislation.

The Illinois Department of Employment Security (IDES) announced Thursday that the unemployment rate remained at 7.1 percent, while nonfarm payrolls were down -7,900 in May, based on preliminary data provided by the U.S. Bureau of Labor Statistics (BLS) and released by IDES. The April monthly change in payrolls was revised from the preliminary report, up slightly from +300 to +1,600 jobs. The April preliminary unemployment rate was unchanged from the preliminary report, remaining at 7.1 percent.

In May, the three industry sectors with the largest over-the-month gains in employment were: Leisure and Hospitality (+6,300), Manufacturing (+2,000), and Educational and Health Services (+1,900). The industry sectors that reported the largest monthly payroll declines were: Government (-10,000), Construction (-5,600), and Financial Activities (-1,300).

“Juneteenth” is a holiday of remembrance, created and named by African-Americans, to mark the adoption of the Thirteenth Amendment and the act of ending American slavery in 1865. A nationwide movement has now made Juneteenth a federal and State of Illinois holiday. HB 3922, signed into law this week, provides that Juneteenth National Freedom Day shall be observed on June 19 of each year as a holiday throughout the state. Illinois was the first state to ratify the Thirteenth Amendment to the United States Constitution, which abolished slavery and involuntary servitude throughout the nation.