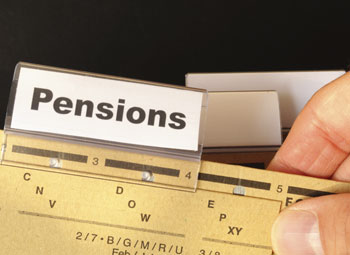 A new report from ABC7 in Chicago has highlighted the worsening situation with the Illinois Department of Employment Security. It has gotten to the point where IDES staffers are hanging up or refusing to answer constituents who are calling needing assistance. This unacceptable behavior is why I filed HJR17 which urges the Auditor General to conduct a performance audit of the IDES so we can get people the help they need. However, it is currently being held up on the House floor by Democrats. This is a bipartisan issue and one that is deeply troubling because the Governor and IDES themselves are quiet on the issue. Please contact my office for any assistance you need, and I will continue to press for answers on why IDES is failing to help our citizens.

In the 110th District, Charleston went from a C grade in 2003 to an F grade in 2019 and Mattoon went from a D in 2003 to an F in 2019. This report makes it abundantly clear that we can’t continue to ignore the pension crisis any longer. What is going on in Illinois is unstainable and we must stop handcuffing our local leaders with mandates. I will continue to sound the alarm on this issue until we can get real reforms to deal with this serious issue.

This week, a report from WCIA’s Mark Maxwell uncovered the secret room where Democrats are drawing their legislative maps. After months of Democrat lawmakers calling for an open and transparent process, we find it hypocritical that they are hiding their plans behind a keypad-locked, nondescript door on the 4th floor in the Stratton Building.

My House Republican colleagues, who are a part of the redistricting committee, held a press conference just outside the secret door. There, they called out Democrats for their secrecy and going back on their word. They also reiterated our belief that to accurately draw new maps, we must use U.S. Census Bureau data. Currently, Democrats have decided to move forward with data from the American Community Survey. This data doesn’t include the detailed, block-level data showing exactly where people live – the kind of data needed to draw equal-size legislative districts.

While Democrats continue to work in the dark, Republicans will continue to fight for open, transparent mapping and the creation of an independent, bipartisan committee to fairly drawn maps so that no one party can continue to gerrymander the state to their will.

This week, Governor Pritzker announced Illinois will move to the bridge phase on May 14th and it will last a minimum of four weeks. If all goes well, Illinois will enter Phase 5 and fully reopen. This is good news for the state. However, I want to note that we in the Eastern Block have been past Phase 5 for over 12 months! While I’m pleased the Governor is finally getting with the program, he and his draconian emergency powers have wreaked havoc on Illinois and its citizens. Businesses have been shuttering their doors or packing up and leaving for greener pastures for months now. The shutdowns have gone on for too long. I’m happy for the rest of the state to once again enjoy their God-given freedoms.