Rep. Miller Said NO to All Taxes Pushed Through the Legislature in Overtime Session! Will Continue His Fight for Reforms 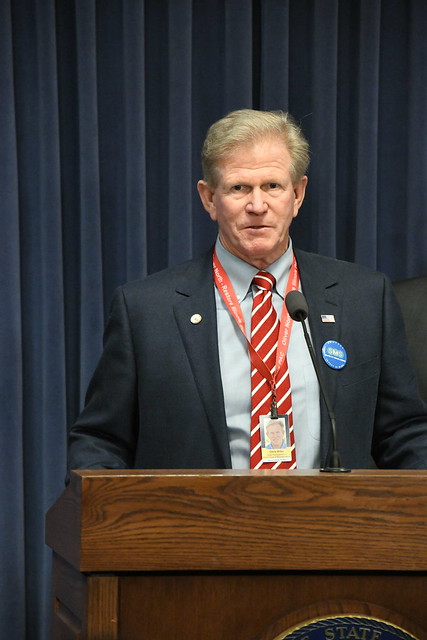 Rep. Chris Miller (R-Oakland) opposed the last minute $40 billion budget dropped on the last day of regular session. The Fiscal Year (FY) 2020 budget proposal included 1,500 pages and was released for review just eight hours before a vote was taken. He also opposed all of the proposals to raise taxes that came up in ‘overtime’ session.

“I am not opposed to fixing our roads and bridges but I’m opposed to continually attacking our working families and businesses who create jobs with more taxes and higher fees without any real effort to reform Illinois,” said Rep. Chris Miller. “I promised to come to Springfield to fight against the failed policies that put us in this bad situation and not support ‘business as usual’ with a tax-and-spend mentality!”

Rep. Miller has advocated for several reforms that are needed to change how things are done in Illinois and how budgets and tax policy are made. He has argued changes need to be made in areas such as public employee pensions, workers compensation, tax policy, regulation policy, and others to create a positive economic environment to keeps the jobs we have and create more and better paying jobs for Illinois citizens.

“Good governance isn’t easy,” continued Rep. Miller. “Leadership takes in-depth discussions about how much money we actually have to spend and then prioritizing and sometimes making hard decisions about making cuts. We should not promise everything to everybody and then send the bill to the middle class families who are struggling to put food on the table or to seniors on fixed incomes who have to prioritize paying for their medications or paying the property tax bills.”

“I could not in good conscience vote for spending over $40 billion without a proper review of each line item,” added Rep. Miller. “As far as I’m concerned, this is still a massive tax hike on the middle class and takes more from working families and seniors.”