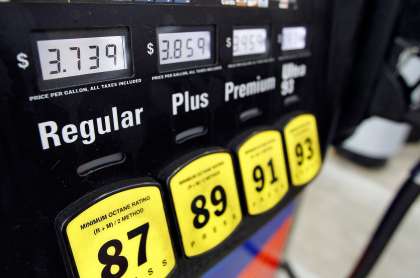 Rep. Chris Miller announced that he is opposed to a proposal passed this week in the Revenue & Finance Committee that would more than double the tax from 19 cents a gallon to 44 cents per gallon. The proposal would also raise registration fees and drivers’ license fees.

“The attack on Illinois families, farmers and businesses has got to stop,” declared Rep. Chris Miller, a member of the Economic Opportunity & Equity Committee. “The economic environment is already bad enough with high property taxes and a new mandated minimum wage. Doubling the gas tax and increasing the vehicle registration and driver’s license fees will hurt everyone.”

In addition to the gasoline tax going up, the proposal would increase ‘special fuel’ (primarily diesel fuel) by 21.5 cents per gallon to 52 cents a gallon and additional fees on aviation fuel (unless sold at O’Hare or Midway Airports in the Chicago area), kerosene, and home heating oil. The vehicle registration fees would increase $50 for passenger vehicles and B-Trucks, and electric vehicle fees would go from $17.50 to $1,000. All drivers’ license fees would double.

“We recently learned that the state received $1.5 billion more in revenue than expected last month thanks to the policies of President Trump. We don’t need higher taxes or higher fees for tags or licenses,” added Rep. Miller.