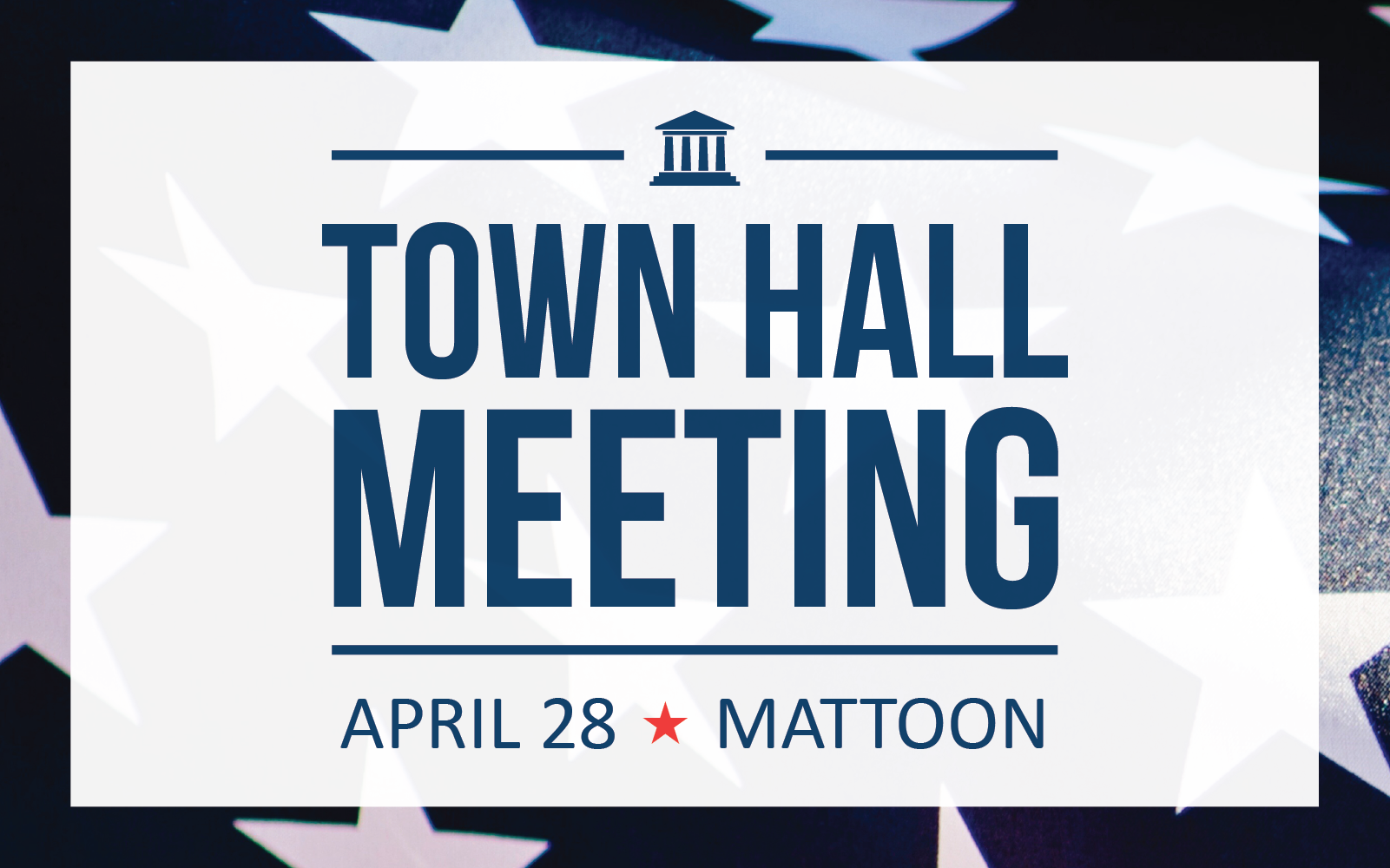 State Representative Chris Miller announced today that he is hosting a town hall meeting for the constituents of the 110th District on Sunday, April 28, 2019. The public meeting will be from 2:00 p.m. to 3:30 p.m. at the Theater on the campus of Lake Land College located in Mattoon.

“Everywhere I go, people are asking me about all of the different issues being debated in the General Assembly,” said Rep. Chris Miller. “These town hall events provide an opportunity for people to ask about specific legislative proposals and public policy changes such as expanding abortions in Illinois, more taxes on families and businesses, pension reforms, and government overreach in general.”

Rep. Miller will be joined by some of his colleagues in the House including, Rep. Brad Halbrook, Rep. Blaine Wilhour, Rep. Darren Bailey, and special guest Rep. Dan Caulkins. These members of the General Assembly all represent the southern part of Illinois.

“The kinds of legislation coming out of the liberal Chicago Democrat caucus has many people taking a closer look at what’s going on in the state government. Illinois citizens need to know they still have the right to be heard and they do have a voice for our values fighting for them in Springfield,” added Rep. Miller.