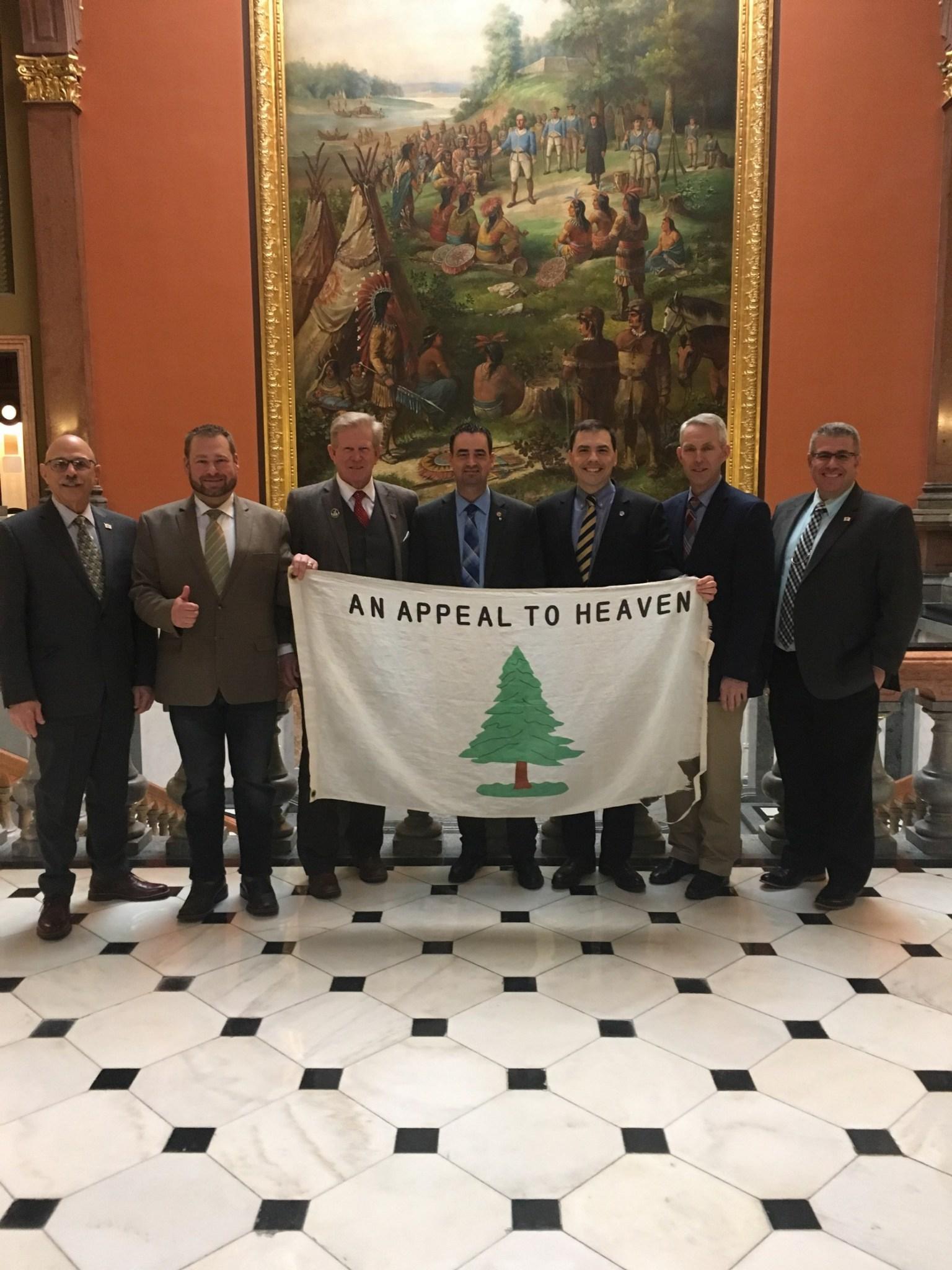 State Representative Chris Miller (R-Oakland) joined several of his legislative colleagues at the Illinois Capitol this week for an opportunity to see the ‘An Appeal to Heaven’ (Pine Tree) Flag. Thank you Delbra Pratt with the Illinois Apostolic Alliances for allowing a picture with this flag to help focus attention on the upcoming ‘National Day of Prayer’ on May 2nd. This particular flag is being flown over all the U.S. State Capitols and was recently flown over Illinois.

The Tree Flag, featuring a pine tree with the motto “An Appeal to Heaven” or sometimes “An Appeal to God” was used originally by a squadron of six cruiser ships commissioned under George Washington’s authority as commander in chief of the Continental Army in October 1775.

The design of the flag came from General Washington’s secretary, Colonel Joseph Reed. The pine tree had long been a New England symbol being depicted on the Flag of New England flown by colonial merchant ships dating back to 1686. Leading up to the Revolutionary War it became a symbol of Colonial ire and resistance.

The colonists resented the restrictions on the timber used for their needs and livelihoods. Prohibitions were disregarded and they practiced “Swamp Law,” where the pines were harvested according to their needs regardless of statutes.

In New Hampshire enforcement led to the Pine Tree Riot in 1772, one of the first acts of forceful protest against British policies. It occurred almost two years prior to the more well-known Boston Tea Party protest and three years before open hostilities began at the Battles of Lexington and Concord. The pine tree was also used on the flag that the Colonists flew at the Battle of Bunker Hill in June 1775.

The phrase “Appeal To Heaven” is a particular expression of the right of revolution used by British philosopher John Locke in Second Treatise on Civil Government which was published in 1690 as part of Two Treatises of Government refuting the theory of the devine right of kings.

Locke’s works were well-known and frequently quoted by colonial leaders, being the most quoted authority on government in the 1760-1776 period prior to American independence.