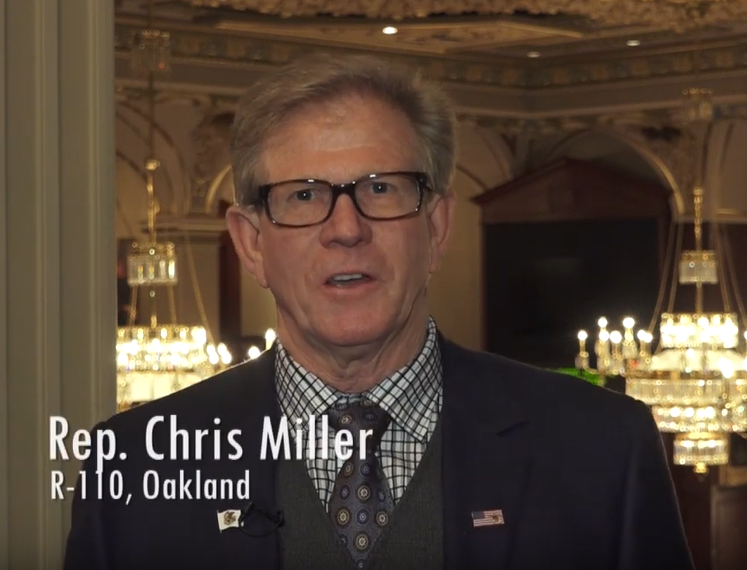 Rep. Chris Miller (R-Oakland) today voted NO on the mandated minimum wage increase from $8.25 to $15 an hour over the next six years. Senate Bill 1 passed mainly along partisan lines in the House.

“My district runs along the Wabash River and Indiana boarder which already has a lower minimum wage at $7.25 an hour,” said Rep. Chris Miller. “This day will go down as the day the legislature voted to kill thousands of jobs in Illinois and drive more people out to our neighboring states where the jobs will be.”

Rep. Miller points out that businesses have a limited ability to raise prices to make up for the cost of a higher minimum wage. Two-thirds of Illinois’ population lives within a 40-minute drive of the state border. With higher gas, liquor, tobacco and sales taxes, this will create yet another reason for these people to shop across the border.

“A single grocery store, restaurant, or movie theater may have more than 50 employees, making them ineligible for the tax credit,” continued Rep. Miller. “We cannot afford to lose any more jobs nor afford the billions of dollars in additional costs to the State and local governments.”

The Pritzker Administration estimates the cost to the State to fully implement a $15 minimum wage at more than a BILLION dollars. Their estimates are less than the estimated cost increases for nursing homes alone. The billion-dollar cost estimate also leaves out the massive costs to K-12 schools, higher education, municipalities, park districts, etc. All of these costs will be passed along to Illinois taxpayers. 00 d0cf