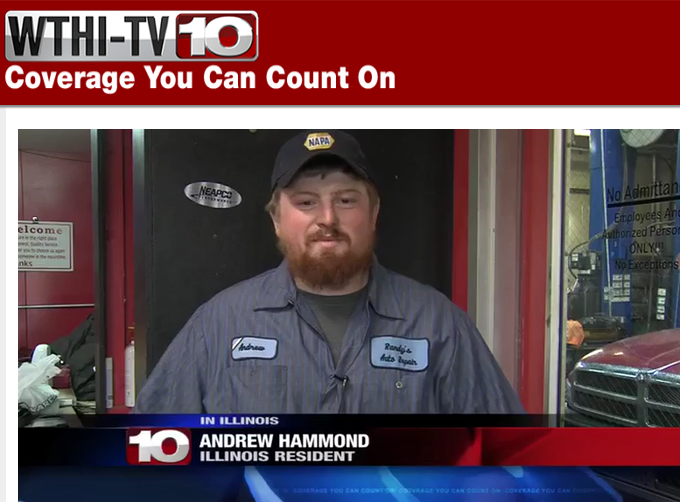 “Thank you to reporter Lacey Clifton for the following article and coverage of House Resolution 101 that proposes to separate Chicago from the rest of Illinois,” said Rep. Chris Miller (R-Oakland).

MARSHALL, Ill. (WTHI) – Should Chicago stay? Or should it go? A House Resolution in Illinois is proposing to separate the city of Chicago, and make it its own state!

Many folks across the state and in Marshall, Illinois are talking about the move. As it turns out, this isn’t the first time something like this has been put on the table.

The City of Chicago passed a resolution in 1925 to form the State of Chicago. In 1981, State Senator Howard Carroll passed a Cook County state split bill through both chambers of the State Legislature.

After talking with many people in Marshall, several said they’re in favor of giving Chicago the boot. Most frustrating for people downstate is feeling like their values aren’t being respected.

Resident Randy Blankenship says, “We have no control over what happens. We’re people too. We don’t believe the same as they believe up there, and I believe Republicans would have a better chance of having a say so in what happens to the state if we’d separate.”

Resident Andrew Hammond explains, “We’re getting governed by people who don’t see it our way at all, and don’t want to listen to our opinion which makes it highly frustrating. So it doesn’t matter if we get our opinion heard or not, those that have the opposing opinion are the higher numbers, so it doesn’t really matter what we think.”

News 10 spoke with State Representative Chris Miller who’s listed as a co-sponsor of the resolution. He agrees there are two very different ways of thinking between Chicago and Southern Illinois. He says he doesn’t have high hopes for it passing into law. But, he hopes it will be a catalyst for conversation.

Miller explains, “There are real differences in the way we live our lives, and the things that we care about. And, we aren’t trying to force our way of life on the people that live in Chicago, and we would like that same respect shown to us as “down-staters.”

You can watch this interview by clicking HERE.