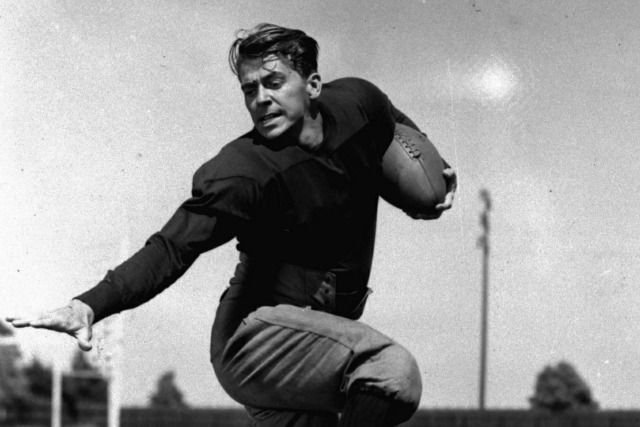 From small town Illinois to Hollywood and eventually the White House, Ronald Reagan was a larger than life figure whose stature overshadows conservatives even today.

The Great Communicator is credited for restoring a sense of American pride in the 1980s, and juicing an economy that had been sagging into recession following almost twenty years of social tumult. His message that “government is not the solution to our problem; government is the problem,” was one that resonated with a country eager for a bright new day.

Once elected, it was “Morning in America” again, and the country had a sense that it truly was. While Reagan certainly had a political agenda, he was able to execute on it, but his popularity with average people was very real.

That popularity allowed his administration to enjoy the approval of massive tax cuts, deregulation of business, and a big increase in military spending.

‘Win one for the Gipper’