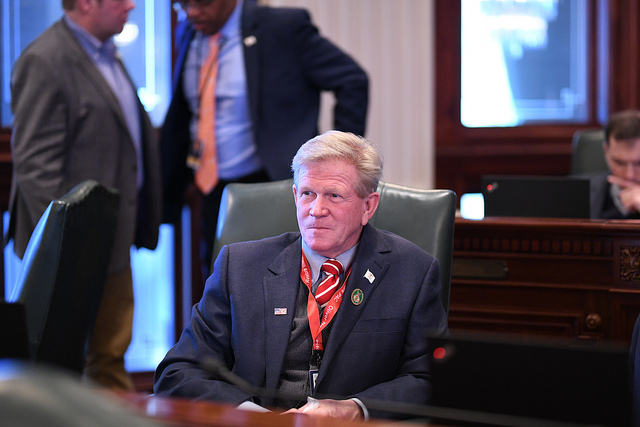 State Representative Chris Miller (R-Oakland) issued the following statement on the newly adopted rules for governing the House of Representatives.  House Speaker Michael Madigan has once again been ensured excessive power and influence over Illinois politics.

“One of the first things the House of Representatives does is enact rules to govern itself. This should be a fairly straight-forward procedure, but this is Illinois. During the House Inauguration, there were a lot of speeches about bipartisanship. We discovered this week that any talk of bipartisanship is just that – talk.”

“I joined many Republican colleagues in offering some common sense rules which would make our government more transparent and give individual legislators a fighting chance to bring their bills to the floor for a vote. These good faith ideas were resoundingly rejected by the Democrat majority.  Not a single Democrat voted for them.  For example, the Democrats unanimously opposed giving legislators even 24 hours to read, review, research and debate a bill before voting on it. In the past, legislators have been handed 500 page bills and then given one hour before a vote.”

“The end result is more of the same. It is one thing for Illinois to have one-party rule, but what we have in Illinois is not one-party rule; it is one-man rule. One man from the tiny legislative district in the City of Chicago gets to decide which bills we can and can not vote on in the Illinois House. This is the reality that the other 117 members of the General Assembly must face.”

“I have every intention of working with the Democrat Majority in the House to address Illinois’ many financial troubles. We must work together as Democrats and Republicans if we hope to address these challenges.   Sadly, for Illinois residents, the partisan tone set with the adoption of these rules has not inspired my confidence that meaningful, bipartisan reforms are on the horizon.”